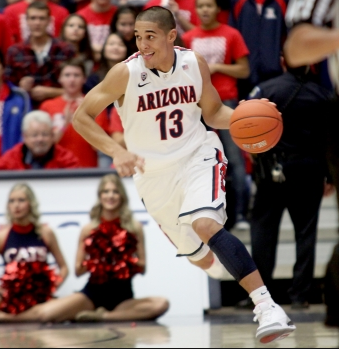 An intriguing prospect due to his size and athleticism but needs to continue to develop.

Pros
Has good size for a lead guard and excellent quickness and hops. Can really explode into the lane and finish above the rim. Excels in transition and in up tempo play.

A very good three point shooter who has nice elevation on his jumper.

Very good defender who reads passing lanes well and gets a lot of steals. Has the size and strength to defend bigger point guards.

What sets him apart is his athleticism.

Cons
Is still developing as a point guard and seems to be a more natural wing player.

Isn’t a great free throw shooter but has the potential to become one.