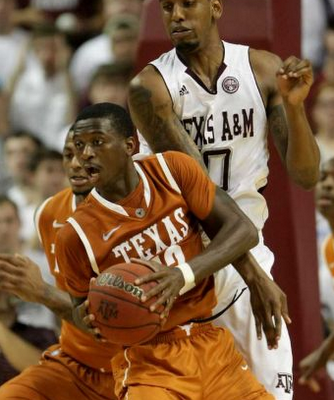 Kabongo continues the long line of great point guards at the university of Texas (and is another Canadian to boot!). He is an absolute speed demon and is really fun to watch in the open floor. He made a good decision to return for his Sophomore season at Texas.

Kabongo has blazing speed with the ball and puts a ton of pressure on the defense by pushing the rock. Loves to find teammates and is a pass first type who is also very good at scoring in the lane. Great handle and control of the ball. Nearly impossible to trap and knows when to pass out of pressure. Explosive to the rim and has a remarkable first step.

Agressive on defense and gets a lot of steals. Really seems to know the game well and gets in good position, offers good help defense and is great at starting the break after a rebound. 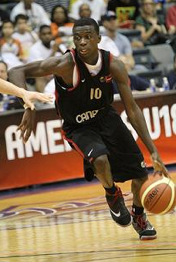 Knows his strengths and plays within himself. Tends to make the right play and will take it to the rim rather than settle for outside jumpers (see below).  Draws a lot of fouls, as most players don’t have the speed to keep up with him. Great competitor who can will his team to victory.

Does not have a good jump shot at this point in his career but has the tools to make that a better part of his game. Will have to add a lot of strength to guard NBA point guards in the post.