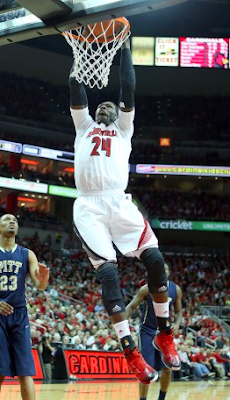 An active and powerful player who brings hustle and great intensity.

Has excellent hops and attacks the rim with a lot of force. Has a nose for the ball and does all the dirty work well.

A solid rebounder and very good defender who has a little bit of Ben Wallace in his game but with better scoring ability.

Runs the court well and usually beats his man down the floor. Plays with passion and is a flat out winner.

Cons
A tweener who doesn’t have the size you look for in an NBA PF.

Is not a good free throw shooter and has a lot of work to do on his mid range game.

Projection: late first to early second round pick in the 2015 NBA Draft