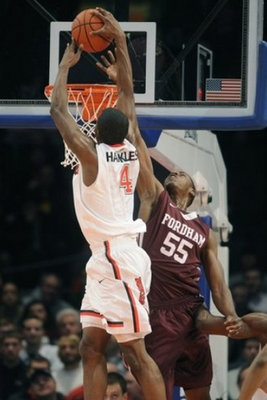 A versatile Freshman forward who has burst onto the college scene and shows flashes of being a future lottery pick.

Has all the tools to be a good NBA wing player. Very quick, athletic player with great leaping ability and body control. Handles the ball very well for a young player and plays with good court vision and awareness. Very good rebounder on both ends of the court and plays solid D in the post. Becoming more of a wing player and shows the potential to become a decent outside shooter (but a long way to go).

Very good shot blocker for a wing player and also gets a lot of steals. Uses his length and quickness to get good position on D and should be a lock down defender at the next level. Reminds me of a young Paul George or Wesley Johnson.

Not yet a good three point shooter and needs to improve his free throw shooting (less than 70%). Turns the ball over too often and needs to learn to make the smart pass/play.

Projection: Late lottery pick to mid first round in the 2012 NBA Draft