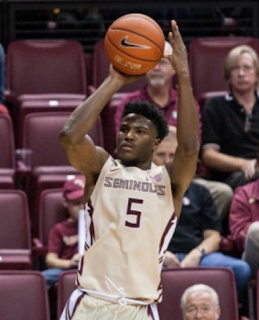 A sweet shooting 2-Guard with a nice frame and NBA game.

Pros
A very efficient scorer who hits a high percentage from the field, from three and from the foul line.

A deadly catch and shoot player who can get his own shot as well. Has some nice moves to the rim and plays with good control. Very good from mid range and is a pure scorer.

Has a nice long frame with room to add muscle.

Cons
Needs to bulk up to defend at the next level. Can he get his shot against bigger, stronger wings?