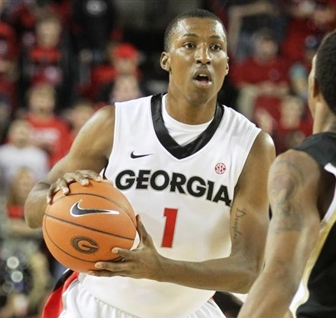 Athletic two guard with a lot of upside. Explosive player who is just scratching the surface of his potential.

Powerful and explosive leaper who can jump out of the gym and finish strong at the rim. A highlight film player who can dunk as well as anyone in college ball. Uses his athleticism well to get into the lane and score or dish the ball. Has a good feel for the game, sets teammates up well and doesn’t turn the ball over often. Good handle and all around ball skills. Can get hot from outside and has great form on his jumper.

Excellent rebounder for a shooting guard. Very active defender who has the potential to be a real stopper on D. Gets a lot of steals (1.8/game) and is very disruptive in the passing lanes.

Has a lot of work to do to become a consistent shooter, as he hits a low percentage from the field, from three point land and from the line. Settles for the outside shot too often and needs to do a better job of getting into the lane and drawing fouls.

Projection: late lottery to mid first round pick in the 2013 NBA Draft