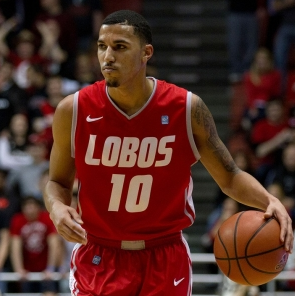 Pros
Has terrific size for a point guard at 6-4, with long arms.  Sees the floor very well and doesn’t get caught picking up his dribble.

Has good quickness to the hole and gets nice extension on his layups and floaters. Gets good separation on step back jumpers and has a smooth and consistent release.

Good on the ball defender and reads the passing lanes well.

Cons
Must improve his jump shooting accuracy and show better shot selection. Has nice range but will have to continue to expand his shooting to the NBA three.

Will have to add a lot of strength to guard in the NBA.

Projection: mid first to early second round pick in the 2014 NBA Draft