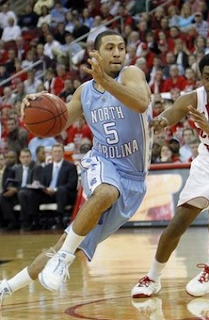 Kendall Marshall is the engine that makes Carolina run. He is not the most talented player on the team but he might be the most important.

Marshall plays with great pace, knowing when to push the ball and when to set up the offense. He has ideal height for the position at 6,3 allowing him to see over defenders. He has X-Ray court vision and seems to see the play before it happens and is a great passer. Can get into the lane with the bounce and usually looks to find a teammate rather than get his own.

Shows a vastly improved stroke from three point range and has become a capable outside shooter. Very heady defender who uses position well and has a knack for reading the play. His size helps him a lot on the defensive end. Great competitor who performs in the clutch.

Elite passer who can make his mark on the game without scoring a single point.

Not an explosive athlete or blazing fast but can hold his own. Is still not consistent enough from outside and will have to work hard to develop NBA three point range.