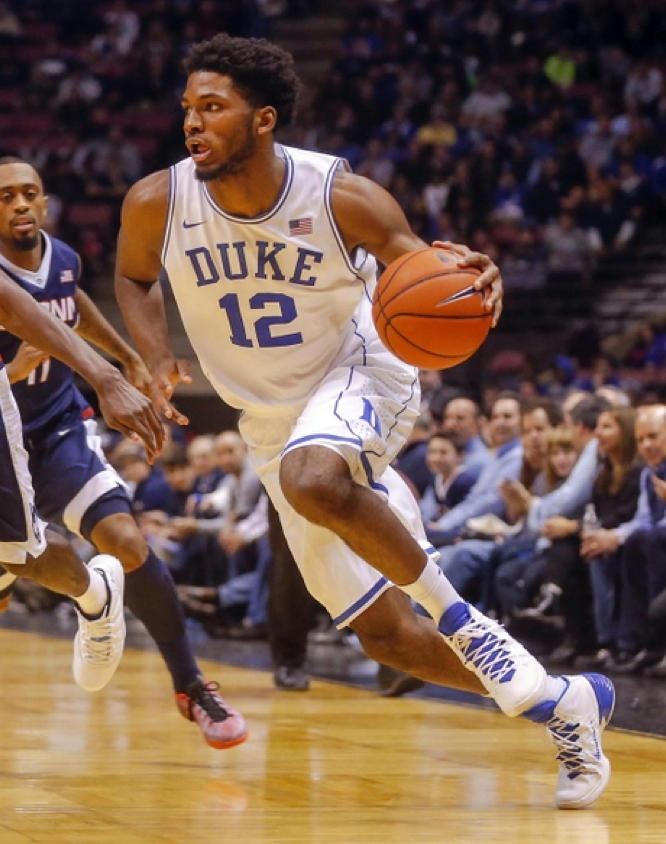 Powerful wing player with great leaping ability, great length and a rapidly improving game. Looks like a lock to be drafted in the top 10.

Pros
A power athlete who explodes off the floor and throws it down with tenacity. Is very creative with the ball and has terrific body control and hang time. Is also very efficient and precise with his movements, no wasted energy.

Lefty, who can take it to the hole with either hand and has a quick first step. Shoots it well enough to draw out defenders then makes his money taking it to the rim.  Uses pump fakes well.

A fearless player who steps up in the clutch. A big time shot maker who has the ability and the confidence to take over at the end of the game.

Very good shot blocker for a forward and has good instincts as a rim protector.

Cons
A bit slow on his shooting release and needs to continue to expand his range and improve his accuracy from outside.

Relies too much on his power and will have to continue to develop his skill level to excel in the NBA.

Not great at taking the ball to the rim with is off hand (right) but that part of his game will develop in time.

On offense he shows flashes of James Harden with his ability to shake defenders with the dribble and get into the lane. His euro-step and inside out dribble are sensational. I also see a bit of Wesley Mathews in the way he sets up his shot and moves without the ball.

His demeanor on the court reminds me of LeBron.