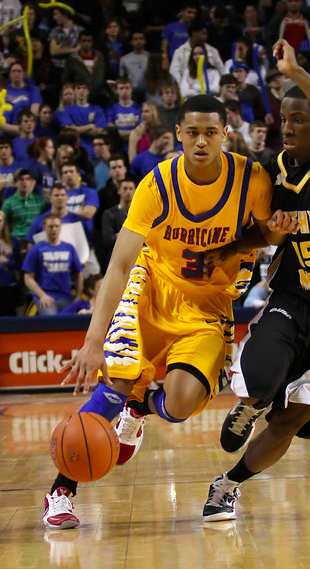 A Tulsa transfer with nice size and playmaking ability. Having a breakout season and moving up draft boards.

Pros
A very good athlete with great length and an NBA body, Clarkson can score in a variety of ways and really excels at taking the ball to the rim. Finds teammates well and has great size for passing over defenders. Deadly on the pick and roll.

Has very good quickness, lateral movement and quick hands and can really guard on the perimeter.

Gets into the lane well and draws a lot of fouls. Is deadly accurate from the free throw line.

Has a great feel for the game. Knows when to take over, when to pass and how to space the floor.

Cons
Is a poor outside shooter and will have to continue to put in work on his three point shooting. Doesn’t have a high release and needs a little extra space to get his shot off.

Has improved his assist to turnover ratio but still needs to cut down on mistakes and avoid forcing the issue.

Projection: late first round pick in the 2014 NBA Draft