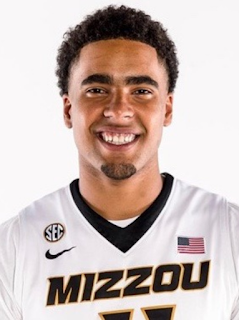 Younger brother of Michael Porter Jr., Jontay is a big time prospect in his own right. He’s a solidly built forward with an advanced feel for the game and a nice shooting stroke.

Strengths
Porter is highly skilled with the ball in his hands. He can step out and hit the three and makes plays off the dribble. He has a natural feel for the game and knows how to play within team concepts. He shows good versatility on the offensive end, as a player who can bang in the post or make plays outside the lane. He’s a crafty passer who knows how to draw the defense and dish the rock.

He’s got good range on his shot and is a capable three point shooter who will only get better as he develops his game. He doesn’t have elite offensive skills like his brother but he’s a talented player who knows how to score the ball.

He’s got a strong build and a chance to be a force in the paint once he adds muscle to his frame. Even at 240 lbs he shows good explosiveness and can get above the rim easily. He’s a quick leaper who surprises with his athletic ability.

A stout defender, Porter holds his own in the lane using his strength and size to gain position. He does a good job of bodying-up and making things tough for the offensive player. As a shot blocker he surprises with his quick leaping ability and good length. He’s not the next Jordan Bell but he can defend at the rim and give good weak side support.

Weaknesses
There’s not a glaring weakness in his game. He does need to add muscle and refine his body but that should come over the next few years.

His release is a bit slow on his outside shot and he doesn’t project as the same level of shooter as his older brother. He’s got good enough form on his jumper but it’s far from perfect. He shoots more of a set shot with a low release point.

He’s not a true run/jump athlete. He plays kind of an old school game and will have to continue to develop his perimeter skills and refine his body to max his potential in today’s NBA.

Projection: mid first to early second round pick in the 2019 NBA Draft