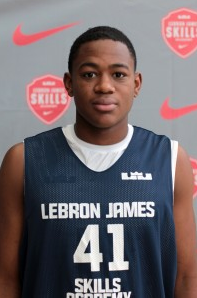 A highly skilled forward who can really score the ball.

Pros
Very crafty with the basketball and has a knack for being in the right position at the right time. Scores well in the post and in the lane.  A very powerful player with great size on the wing.

Has enough athleticism to beat his man off the dribble and has a very good feel for the game, including good vision and timing as a passer.

Will have to become a standout three point shooter to maximize his potential at the NBA level.

Doesn’t have top speed and is not a true back to the basket player either.