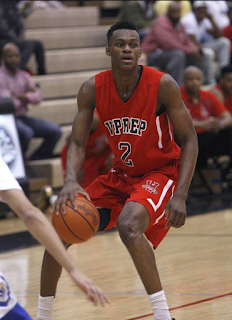 Overview
A tough, physical player who is an excellent rebounder and defender but is limited offensively. Vanderbilt is tenacious on the glass and gives extra effort on every play. He’s strong, aggressive and has great basketball instincts. If his offensive game comes along he’ll have starter potential at the next level.

Strengths
Vanderbilt is a team first player who rebounds, defends, runs the court and passes the ball well. His hustle and aggressive play can change the complexion of a game and his impact is more than what shows up in the stat sheet.

Has great timing on the offensive glass and goes after every rebound. Has a lot of toughness and grit and a non-stop motor.

Does all the dirty work and impacts the game in so many ways.

Has length and plays bigger than his height. Can challenge shots at the rim and doesn’t back down from a challenge. Gets after it on defense and doesn’t take any plays off.

Keeps the ball moving well (partially due to the fact he’s not a scorer) and shows good awareness of the court, of where his teammates are and how to run half court sets.

Weaknesses
Really struggles to shoot the ball and isn’t a threat with the jumper. Not a natural scorer and a very poor free throw shooter.

Undersized for the PF position.