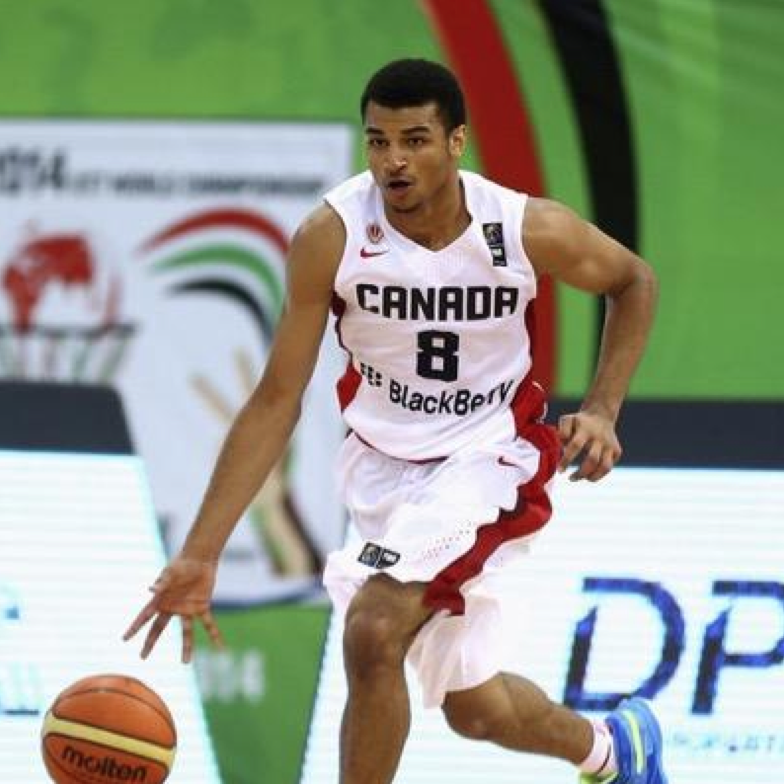 A high level combo guard who has nice size and excels in all facets of the game.

Pros
Murray has ideal size for the PG position and can play off the ball as well. He’s got all the tools needed to be a star in the League. He plays a well-rounded game and can fill up the stat sheet.

Has become a lethal three point shooter and has really developed his off the ball movement and ability to find his shot.

Very good at finding teammates off the bounce and runs the pick and roll well. Handles the ball well with either hand.

Can score from all three levels and has a knack for scoring in the lane, around or over defenders. Uses a quick first step and great body control to finish in the lane. Has good hands and a very soft touch around the basket.

Plays with competitive fire and has all of the leadership traits you’d hope for from.  Looks like a high lottery pick.

Cons
Murray is not an elite athlete. He’s got enough quicks to make it happen but you won’t confuse him for Russell Westbrook any time soon.

His lack of elite foot speed and above the rim ability somewhat limit his upside.

Could struggle defensively against NBA size and quickness. Doesn’t have the foot-speed to stay in front of quicker NBA guards and doesn’t have the bulk to guard in the post.

Comparisons
Reminds of Kyrie Irving with the way he can get his shot off the dribble and has a lot of Brandon Roy in his game. I see some Deron Williams too.