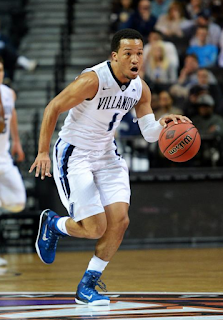 A consummate lead guard, Brunson is a heady and efficient player who facilitates well and controls the flow of the game.

Pros
One of the most efficient players in the country, Brunson hits a high percentage from the field, from 3 and from the foul line. Part of this is due to great shot selection and never forcing the issue. He plays within himself and within the flow of the game. A true student of the game from good family bloodlines.

He is lethal at the end of games thanks to his great decision making and the fact that he hits about 90% from the foul line.

Keeps the defense honest with his outside shot. Has great basketball IQ and always plays the right way.

Brunson is a solid, fundamentally sound defender who has enough quickness to keep up with lead guards and enough strength to handle bigger guards. His help defense, awareness and positioning are things that don’t show up in the stat sheet but help

Cons
Isn’t an overly explosive player and doesn’t wow you with athleticism. Lacks top end speed and quickness and could struggle defending in iso situations.

Projects as a solid role player more than a star at the next level.

Comparisons
Reminds of Andre Miller with a better jump shot.

Projection: mid to late first round pick in the 2018 NBA Draft