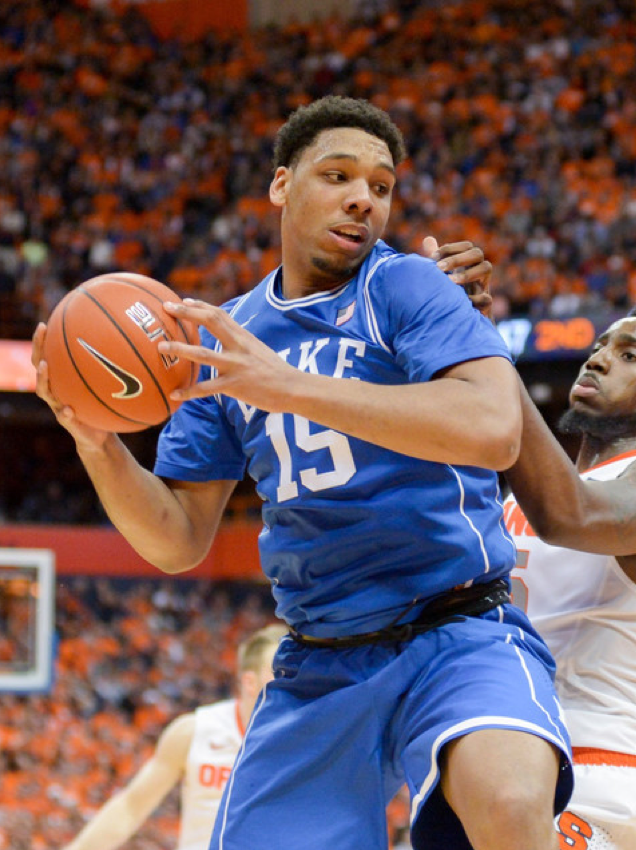 A massive center with really good hands and a great touch around the basket. Has great fundamentals and a lot of strength. A below the rim player.

Pros
Okafor is bigger and stronger than just about anybody he plays against. Has a rock solid body with great strength. Really dominates the paint, especially on the offensive end of the floor, and cleans the glass well.

Has an unbelievably soft touch around the basket. There are times when his layups remind of Tim Duncan or Marc Gasol.

Okafor scores on spin moves, drop steps, a nice baby hook shot and an improving face up game. He also sees the floor well and finds open teammates within the flow of the game.

Has enough quickness to take his man off the dribble and a real knack for scoring around the basket.

Isn’t a great defender but can intimidate in the lane with his size and power.

Cons
Doesn’t have great lift and struggles to be a true above the rim player. Might be closer to Eddie Curry than to Shaq, physically.  Is used to being the biggest player on the block and has struggled when matching up against NBA size.

Continued work on his mid range shot and free throw shooting is needed. Hit only 51% of his free throws his freshman season.

Turns the ball over too much.