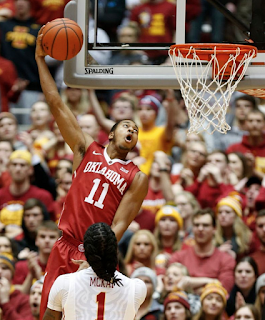 A long armed and quick lead guard with a developing perimeter game.

Pros
Has really nice length and nice level athleticism. Long, strong and wiry body with NBA size. His long arms help make him a good defender and give him an advantage over most PGs.

Very good at finding teammates off the dribble and also excels at getting into the lane.

Has a nice looking three point shot and hits a high percentage from beyond the arc.

Cons
Projects as a role player off the bench, not a starter level talent.

Doesn’t shoot a high percentage from the field and is a poor free throw shooter.

Comparisons
Has a little Jordan Clarkson in his game, but isn’t as talented as Clarkson.