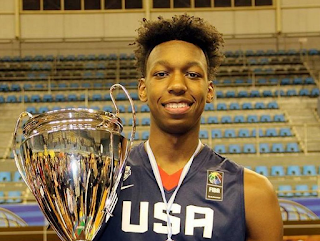 If the NBA abolishes the one and done rule and allows high school players to go straight to the NBA after their senior year, how would those high schoolers impact the 2019 draft? In short, in a big way!

Although R.J. Barrett projects as an elite wing who seems like a sure thing to be an All Star, James Wiseman projects as the best NBA prospect and would be #1 in our hypothetical mock draft. Wiseman is a skilled center prospect who in many ways reminds of Anthony Davis. Although it’s still early in his career, he seems to be on a path to being an NBA superstar.

Barrett is also a big time talent and comes in at #2 in our hypothetical mock draft. Elite wings are hard to find and Barrett has all the makings of a franchise altering talent. 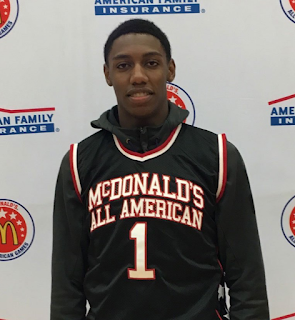 The next couple of high school players to impact the mock draft would be two big men, Vernon Carey Jr. and Charles Bassey, followed by a trio of guards with Jalen Lecque, Scottie Lewis and Cole Anthony.

There will surely be other players who rise up the rankings and challenge these guys for the top spots but for now, these are the top prospects in our hypothetical 2019 Mock Draft lottery (with the 2019 high school prospects included).

If the rule change does come to fruition, expect to see some NBA franchises take their tanking game to a new level. Even with the changes to the lottery system, being bad could be very good for teams next season – and first round picks will be worth their weight in gold.

For the traditionalists out there, here’s the standard 2019 Mock Draft, which assumes the rules stay as they are.