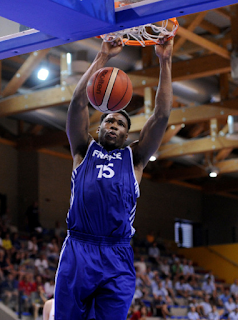 A bull on the low block who plays with a ton of power.

Pros
Is exceptionally strong and is hard to move out of the post. Has long arms and quick hands, helping him out-rebound taller opponents.

Gets position well. Has a developing array of post moves (although he doesn’t project as a volume scorer) including a nice drop step and baby hook.

Rebounding and defense are his calling cards.

Cons
Is more of a below the rim player and isn’t a great shot blocker. Can he match up against NBA length?

Does his best work in the paint and needs to avoid settling for jumpers.

Comparisons
Reminds of DeJuan Blair due to his bulk and strength.

Projection: late first or early second round pick in the 2016 or 2017 NBA Draft