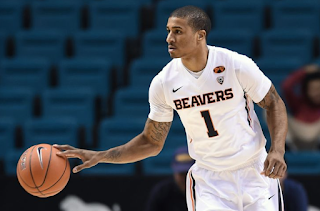 Son of a Glove, Payton is a high level athlete from great bloodlines.

Pros
A well built and athletic lead guard who has a quick first step and great leaping ability. Can really explode into the lane and elevate for the finish.

Deft ball handler with a nice array of moves for breaking down the defender.

Has good basketball intelligence and tends to make the smart play. Has good court vision and nice understanding of passing angles.

Cons
Payton is a liability as a free throw shooter, especially being a primary ball handler, and he doesn’t shoot it well from outside.

Needs to move the ball better and cut down on turnovers.

Projection: possible first round or second round pick in the 2016 NBA Draft