Skip to content
The draft is in less than 24 hours and soon we’ll see which mock drafts were right and which were wrong. But it’s really about how the players perform over the next ten years, not how high or low they were drafted.

Here is my list of top prospects for the 2011 Draft. I don’t think they’ll get drafted in this order. I think ten years from now this will look better than the actual draft. 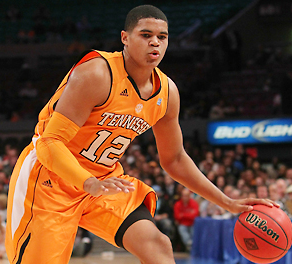