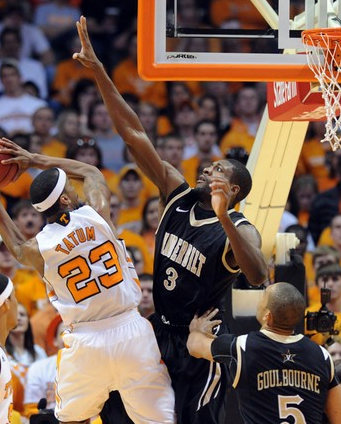 Senior big man who had an injury plagued final season at Vanderbilt but as a Junior showed flashes of his full potential. Seems to be fully recovered from the knee sprain.

Rock solid big man with broad shoulders and a good NBA body. Plays well with his back to the basket and can score inside in a variety of ways. Has a nice baby hook shot and a drop-step spin move. Decent turn around jump shot and flashes the ability to become a good mid range shooter.

Defends the paint very well and goes after blocked shots. Intimidating defender who will make his mark in the NBA on the defensive end of the floor. Very good rebounder on both ends of the floor and shows a willingness to do the dirty work. Plays with a lot of intensity and hustle.

Shoots just over 60% from the free throw line. A bit heavy footed and not the fastest or most explosive athlete. Injury history will be something that NBA teams will consider and check out thoroughly.

Projection: Late first round pick in the 2012 NBA Draft