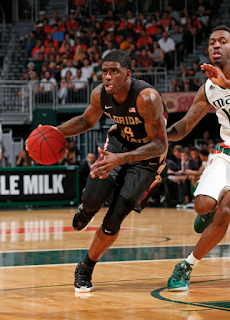 A long, wiry and athlete two guard who can really get off the floor. A high upside prospect with an unrefined game.

Pros
Explosive leaper and lightening quick in the open court. A run/jump athlete who is growing as a basketball player. Has broad shoulders and good strength to go along with his high level athleticism.

Is very active on the court and impacts the game in all areas. Has all of the tools to be a standout defender and is part of an outstanding defense at Florida State. Gets a good amount of steals and is a versatile defender, able to guard multiple wing positions. 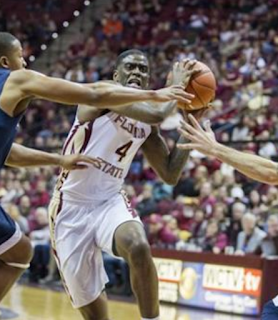 Excels at getting to the rim and finishing in traffic. Can really play above the rim and can hit on a variety of acrobatic moves in the lane. Has the strength to absorb contact and still make a play at the rim.

Has a much improved three point shot with good shooting form. Gets a lot of lift on his jumper and can rise up quickly off the dribble. Does a good job of being aggressive without over dribbling and getting to the line.

Cons
Needs to continue to gain an understanding of the game and develop his skill set. Isn’t great ball handler.

Does he have the desire to be great?

Projection: mid first to early second round pick in the 2017 NBA Draft