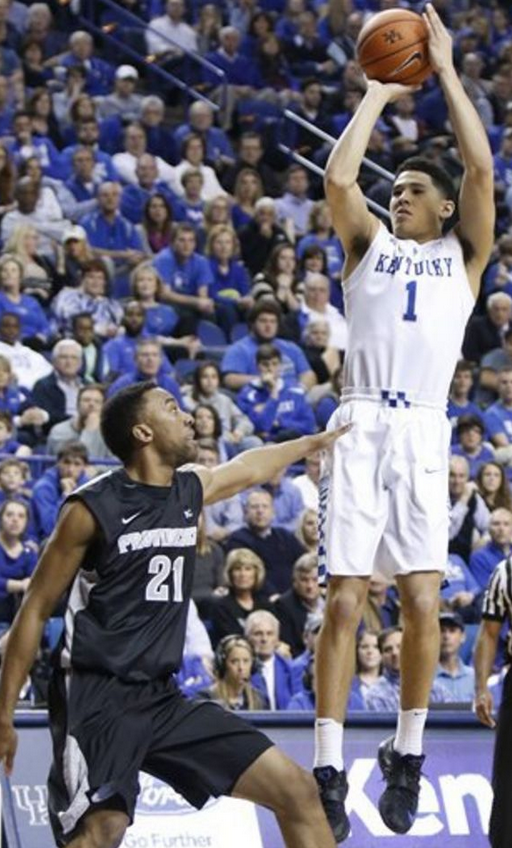 A high level scorer with one of the best shooting strokes in college basketball. Has ideal size for the SG position but might be a step slow by NBA standards.

Pros
A great catch and shoot player who hits from three point land with great accuracy. Has a great feel for scoring and a soft touch. Can get unconscious from downtown and is a game changer with the way he shoots the ball.

A crafty player who makes up for his lack of speed with good ball fakes, jab steps and hesitation dribbles.

Has an advanced mid range game, not normally seen from players his age.

Has perfect size for the NBA game.

Cons
Doesn’t have the best first step and is not a truly explosive player. Could be a liability on defense at the next level.

Is a shooting specialist who will have to work hard to round out the rest of his game.

Not much of an above the rim player.

Comparisons
Has a similar body and shooting stroke to Klay Thompson (not quite as tall).

Projection: mid to late first round pick in the 2015 NBA Draft