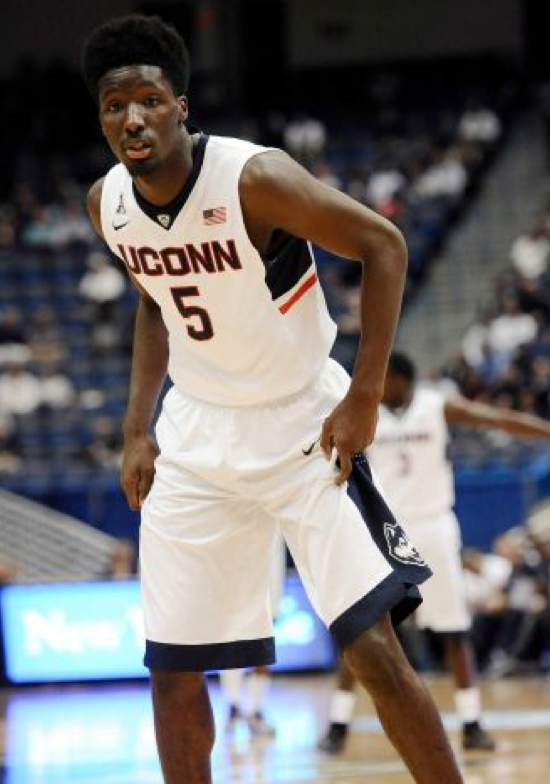 A versatile wing player who can really score the ball from all three levels. Fills up the stat sheet – and plays a solid all-around game.

Pros
Hamilton is an NBA level athlete who is growing into his body and becoming a complete basketball player. He’s got long arms and excellent hops, allowing him to play above the rim and impact the game on the boards and on D.

Has a nice first step and good feel for scoring in the mid range or getting to the rim.  A good (but not yet great) three point shooter who keeps defenses honest with his shooting ability.

An above average rebounder who shows a commitment to cleaning the glass and has the length and athleticism to sky for rebounds. Has all the tools to be a plus defender on the perimeter.

Cons
Shoots a low percentage from the floor, from 3 and from the foul line. Must show big improvement in his accuracy to excel at the next level.

Still refining his offensive game (like all young players) and will have to tighten up his dribble and cut down on turnovers.