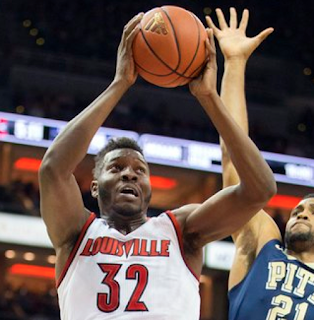 Long and athletic big man who can protect the rim and do the dirty work.

Pros
Big, strong and well coordinated. Gets off the ground well and is a quick leaper. Gets up and down the court well and can make plays in transition and in the pick and roll.

Shows good instincts as a passer and sees the floor well for a big man.

Very strong defender who guards the post well and is a force as a weak side defender. Does a really good job of staying vertical on defense.

Cons
Lacks shooting touch and is a liability as a free throw shooter. Doesn’t have much of a post game.

Doesn’t have great hands and can be a bit sloppy with the ball. Probably has a limited role in today’s NBA.

Comparisons
Bigger J.J. Hickson with a little Kendrick Perkins in his game.

Projection: late first to mid second round pick in the 2016 or 2017 NBA Draft