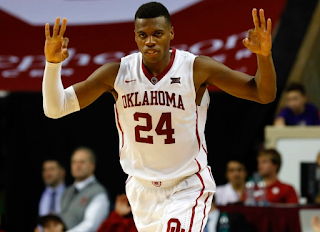 The best scorer in college ball. Heild is a great three point shooter with unlimited confidence and deep range.

Pros
Can light it up from 3 and has an advanced mid range game. A pure shooter who demands a lot of attention from opposing defenses.  Has great off the ball movement and excels at finding his shot.

Has the ball handling ability and the quickness to break down defenders off the dribble and has a deadly mid range pull up J. Gets to the rim well enough to keep the defense honest. Has surprising athleticism.

Makes good decisions and doesn’t over shoot, despite his great shooting ability. Heild is a passionate and dedicated player who puts the team first and makes good decisions with the ball. He’s got natural leadership qualities and is a winner.

Cons
Is not a physically imposing player and is not a true high riser. Doesn’t have great foot speed and doesn’t project as someone who can blow by defenders at the next level.

Will have to continue to improve his ball handling and passing abilities. Gets a little shot-happy. Settles for threes and doesn’t do a great job of getting to the rim or drawing and dishing.

His lack of elite food speed gets exposed on defense, where he gets beat in one on one situations too often. Goes for pump fakes and doesn’t have great discipline on D.

J.R. Smith without the lift.