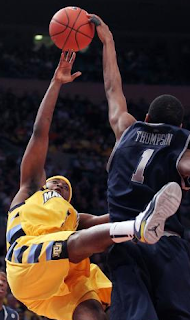 Every year a few players come out of nowhere and burst onto the national scene.  Some are late bloomers.  Some put in a ton of work over the Summer and come back ready to ball and some finally get their opportunity and take advantage of it.  Here are a few players stepping up their game:

Hollis Thompson – 6,8 – Small Forward – Georgetown
Thompson is a very efficient player who can score the ball consistently and really light it up from outside. At 6,8 he’s a tough matchup for opposing forwards.  He’s got great length and good quickness and just needs to continue to get stronger.  He’s off to a fast start in the 2011/12 season and is looking like a potential first round pick in 2013 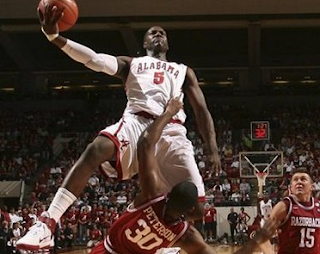 Tony Mitchell – 6,6 – Guard/Forward – Alabama
Mitchell is an insanely explosive athlete and looks like legit NBA material.  He can jump out of the gym and is a chiseled, powerful and nimble player.  His strength is taking the ball to the rim but he has added an outside shot and is on his way to becoming a dangerous three point shooter.  After carrying a second round grade for much of last season I’ve now got him going in the first round of the 2013 NBA draft. 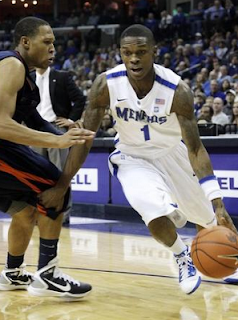 Joe Jackson – 6,0 – Point Guard – Memphis
A lightening quick point guard who is really becoming a leader on the court.  Jackson has always had the speed and ability but is now beginning to play under control and make good decisions with the ball.  He is the engine that runs the talented Memphis team and is an MVP type player.  Might not always get the stats but is an extremely valuable player to have on the court.  If he stays in school for a few years I think he’ll be a first rounder in 2014.
Who else is having a breakout year?  Add suggestions to the comments below or @nbadraftroom on twitter.
by NBA Draft Room