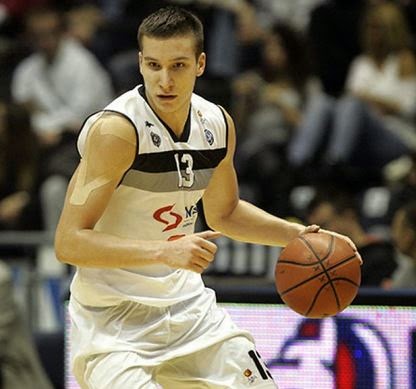 Pros
Has a great understanding of the game and is highly skilled. Can play either guard spot and has a special knack for setting up teammates.Very crafty with the ball and has good handles.

Shoots the ball well, especially on the catch and shoot. Has a nice, high release point and smooth stroke. Shows a good ability to draw fouls and get to the line.

Very heady player who makes up for his lack of elite speed with great positioning and anticipation. Has quick hands and gets a lot of steals.

Cons
Not a high end athlete and could struggle to get into the lane against NBA speed. Does he have the foot speed to guard at the next level?

Projection: late first to mid second round pick in the 2014 NBA Draft