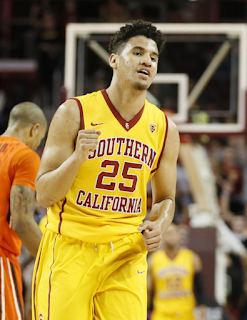 A highly skilled power forward with a smooth offensive game.

Pros
Boatwright is a natural scorer who knows how to operate within the flow of the offense. He’s a solid three point shooter and knows how to get his shot off.

Does a nice job of setting screens and getting in the way of defenders. Has a good feel on the pick and pop and finds the three point line well.

Cons
Doesn’t have great foot speed or athleticism. Will struggle to guard quicker PF’s on the perimeter and doesn’t protect the rim well. Average transition player on both defense and offense.

On offense he floats around the perimeter too much and doesn’t score well in the post, even at the college level. Projects as more of a shooting specialist/role player at the next level. Not a very efficient scorer and needs a lot of shots to get his points.

Projection: late first to early second round pick in the 2017 NBA Draft