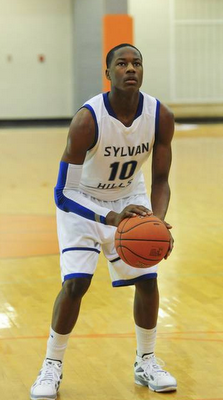 An explosive athlete who continues the long line of outstanding freshmen to come play for coach Cal. Shows flashes of brilliance but still has a lot of areas that need improvement.

Elite level athlete with an explosive, wiry body, long arms and great leaping ability. Attacks the basket with blow-by speed and is a great dunker. Very fast in the open court with great lateral quickness and overall athleticism. Can score well in the lane on floaters and pull up J’s. Shows decent form and an improving perimeter shot.

Very aggressive on the defensive end and, unlike a lot of star players, takes defense seriously and puts in a lot of effort. His quick hands and feet make him very difficult to beat one on one and he is very good at forcing turnovers and difficult shots with his D.

Has a lot of upside due to his pure athleticism and intense style of play.

Like many young players he has to add strength/weight and improve his outside shooting. Doesn’t get great elevation on his jump shot. Plays an aggressive brand of basketball which is great but can lead to too many turnovers and fouls.

Projection: Late first or early second round pick in the 2013 NBA Draft