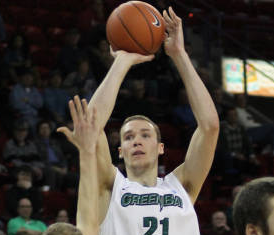 Has great height but doesn’t dominate inside. A perimeter oriented big man with a bit of upside.

Pros
His shooting stroke is more advanced than most big men and he can step out to the three point line with ease.

Knows how to get his own shot with turn-around jumpers and creating space off the dribble.

Has a little Ryan Anderson in his game and could be a three point threat in the NBA.

Cons
Not a high motor guy and doesn’t have a big impact on defense or going after loose balls.