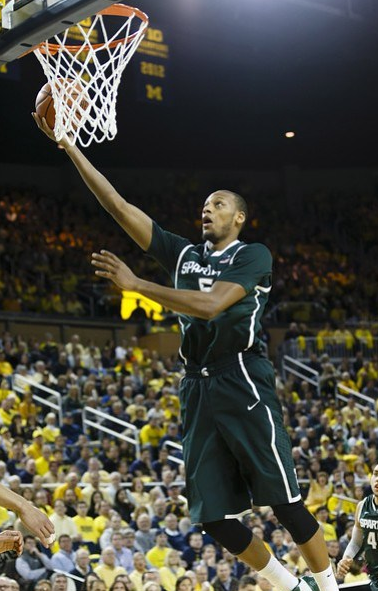 Extremely athletic forward who has developed rapidly and has a lot more upside.

Pros
An above the rim player who can defend in the lane. Shows good timing as a shot blocker and can really get up. Solid rebounder on both ends and has a lot of value as a defender.

Has shown tremendous improvement on the offensive end and is becoming an accurate three point shooter and very good from mid range. The pace at which he has improved is really outstanding and he appears to have a lot of upside left.

Shoots a high percentage from the free throw line and draws a lot of contact on his moves to the rim.

Cons
Lacks a go to move in the post. Needs to see the floor better out of the post and make quick passes when doubled.

Needs to become a more vocal leader and play with consistent energy and passion. How will he hold up over an 82 game season?