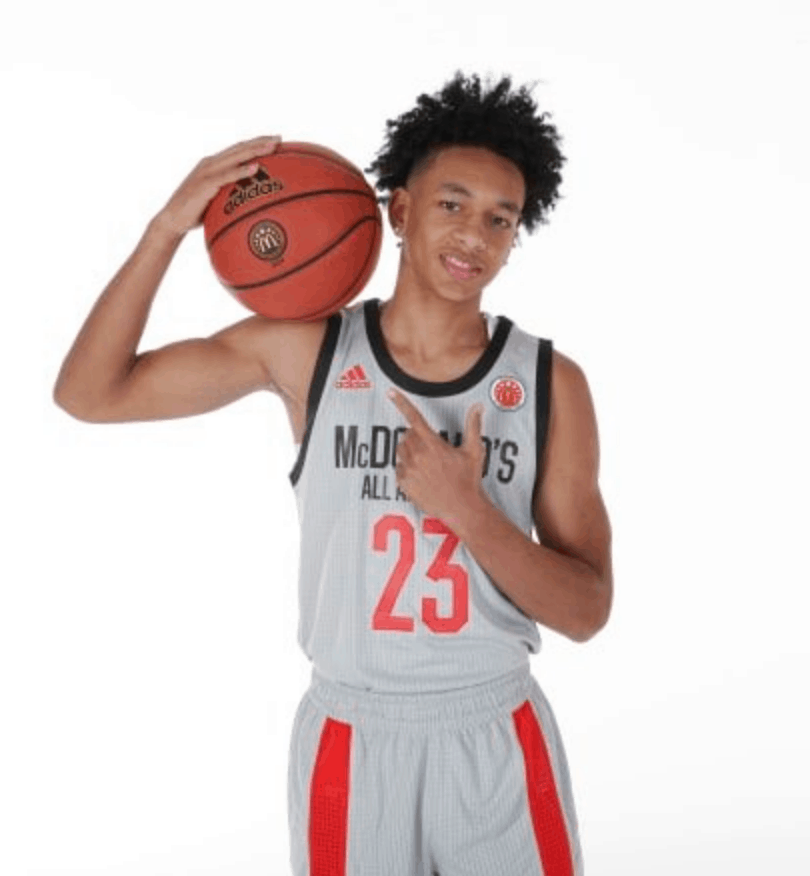 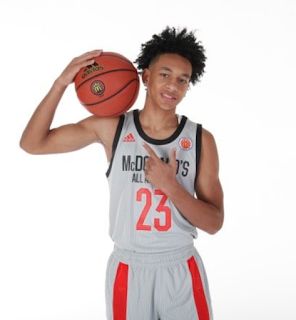 2019 5-star Florida Gators commit Tre Mann is one of those players you just know it’s going to be a long game. At 6-3 185 The Villages Charter high school star point guard is explosive and tough as nails. He doesn’t back down from any challenge and can impact the entire game on both sides of the floor.

He is one of those players you go to war with. He makes sure you feel the focus and drive he brings every game. He is ranked as the 26th prospect by 247 sports, 24th prospect by Rivals, and 32nd prospect in the 2019 basketball recruiting class by ESPN.

Mann was chosen to play in the McDonalds All-American Game and the Allen Iverson Round ball Classic. We spoke about his commitment to Florida and NBA potential on 5-star Corner.

LJ: You have shown NBA and college scouts a ton this year. What do you think has improved the most about your game?
Tre: My feel for the game and my IQ at the point guard position.

LJ: This is an impressive recruiting class. How close have you and this class got?
Tre: I and Scottie are the closest right now then Omar. I haven’t talked to Alex (Klatsky) that much but him and Scottie (Lewis) are best friends.

LJ: It’s a guards game even more now. What do you think you bring to an NBA team?
Tre: My ability to score from the outside and getting teammates involved.

LJ: What player do you feel you model your game after the most. Who do you feel is the best all-around guard in the NBA?
Tre: Steph curry and D-lo (DeAngelo Russell)

LJ: What is the player you want to play against head-up the most in the NBA?
Tre: Stephen Curry

LJ: What do you feel you have to work on the most?
Tre: Getting stronger and more knowledge of the point guard spot.

LJ: What made you commit to Florida? What coach was recruiting you from that program?
Tre: I think Florida has the best system for me to go in and play my game and I was recruited by Coach White, Coach Nichols, and coach Mincy.

LJ: The Florida basketball scene has always been talented. How competitive is it?
Tre: It’s very competitive and I think that just comes from the individual competitive nature.

LJ: How was your experience playing in the McDonald’s All-American game? I see you were getting your Steph Curry on.
Tre: It was fun; I think I showed the NBA scouts the more passive part of my game.

LJ: What has Florida said about your future with the program? What will be your role next season?
Tre: They said they need me to come in and just be Tre. They know what I can do and how I play so they told me to come in and do that.

LJ: What makes you hard to deal with on the court?
Tre: I think it’s my range and my craftiness and also my ability to play out of ball screens.

LJ: What does family mean to you? What is your family support system like? Who supports Tre Mann?
Tre: Family means everything to me and it’s a big reason with why I stayed home. I think everyone I’ve been around for a long time supports me because of who I am off the court.

LJ: What are you looking to show NBA scouts when you impact in college basketball?
Tre: I want to show them that I’m a leader and a winner and also that I can play at the NBA level.

LJ: What does basketball mean to you?
Tre: It’s everything to me. It has taken me and my family places we never imagined.