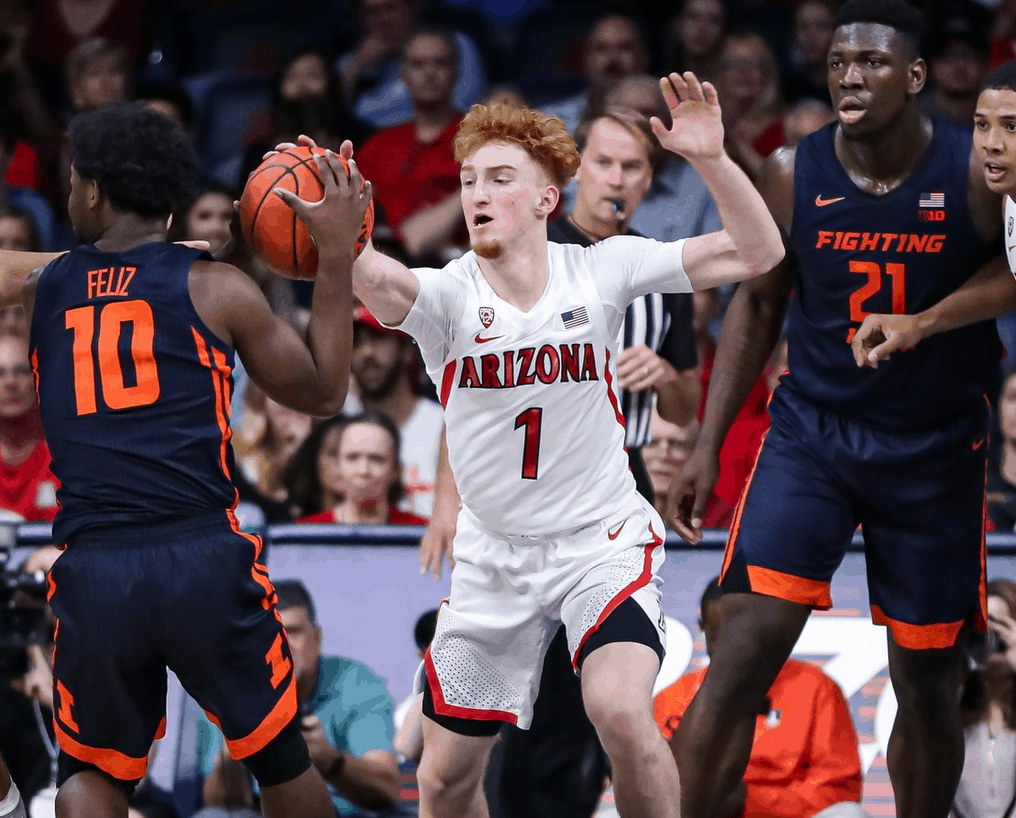 In reality we won’t know for a few years who the real winners are of this draft but it’s fair to say some teams came out of the draft looking really good with the moves they made – and a few teams seem to have missed the mark. One unique thing about this draft is that there weren’t any major reaches or teams that fell flat on their face. It seems that most of the teams in the League did well on draft night and so there really aren’t many obvious losers.

But before we go any farther, a word about Klay Thompson and the Warriors. Klay will be sidelined again this year with an injury and that’s terribly unfortunate, both for him and for the Warriors. Klay has been one of the most exciting 3pt assassins this game as ever seen and it’s been a joy to watch him over the years. Our best wishes for a speedy recovery and a return to form for Klay!

Warriors – Obviously this isn’t taking the Klay injury into account, just the draft. The Warriors get James Wiseman at no.2 overall, a player who’s been no.1 on our big board for about 2 years now. He brings an entirely new dimension to the team that had huge success with small lineups and is now trying something different. The fit might seem a bit odd but the great teams know how to zig when the others zag, staying one step ahead of the game. This pick might allow the Warriors to reshape the way the game is played, just as they did with their death lineup a few years ago. The Warriors also got sharp shooting wing Justinian Jessup and rock solid pg Nico Mannion in the second round. Nico especially is a solid pick who could play a role in year one.

Wizards – Deni was no.7 in our mock but no.2 on our big board and he’s got a legit chance to be one of the best players in this draft. Getting him with the 9th pick was a major win for the Wizards, who now have two awesome international forwards (Rui) who will compliment each other well and who work well with superstar shooting guard Brad Beal. Deni will bring a new level of energy to the team with his ability to rip and run and excel in the transition game. He’s a versatile defender, an underrated shot creator and superb play-maker. Steady pg Cassius Winston was a nice late second round pick as well.

Sixers – Tyrese Maxey finds himself in the perfect situation in Philly and the Sixers get just what they need in a scoring combo guard who will compliment Ben Simmons and who brings it on the defensive end. Then in the second round they get the guy they wanted in Isaiah Joe, another shooter, and big man Paul Reed who we had rated as a borderline first round talent. The Sixers also added Danny Green and Seth Curry, transforming the team overnight into a floor-spacing, 3pt bombing squadron. Giving up the future first (2025) in the Horford trade hurts a bit but this team is well positioned to win now and these moves help a lot.

Grizzlies – The Grizzlies made a move to trade into the first round and nap the sweet shooting Desmond Bane at pick no.30. Bane is arguably the best shooter in the draft, is a great passer as well and a very high character guy. He’ll be a great addition to the lineup next to Ja. The Grizz also united Xavier Tillman with his Michigan State running mate JJJ. The team now has a great trio of young bigs, including Brandon Clarke. And then they signed Killian Tillie as an un-drafted free agent. Tillie has first round talent but a history of injuries caused his fall on draft day. If he gets healthy he’ll be in line for a long, successful NBA career. I like what their building in Memphis.

Nuggets – Zeke Nnaji isn’t the most sexy pick and he’s not going to put fans in the seats (although apparently nothing will this season) but he’s a stud pf who is exactly the type of high energy big that the team needs to compliment Jokic. He’s a rebounder, a versatile defender and is fully capable of hitting the mid range J. I feel like Nnaji was overlooked in this draft and he should go on to have a really good career in Denver. The Nuggets also landed one of the more intriguing players in the draft in R.J. Hampton, a wiry 6-5 combo guard with nice upside. R.J. slid a bit on draft day but lands in a great situation in Denver, where he can play on the ball some, off the ball, and benefit from playing next to two stars in Murray and Jokic.

Kings – Having Tyrese Haliburton fall into their laps was a huge win for SacTown. He easily could have been a top 8 pick, plus he’s a perfect fit next to De’Aaron Fox. The Kings also landed Robert Woodard II in the second round, one of the most underrated players in this class, IMHO. And they added a tantalized talent in Jahmi’us Ramsey at no.43. Great draft for the Kings!

Bulls – The Bulls got a potential star forward in Patrick Williams (a player that I had no.7 on my big board), a player with huge upside but a long way to go and a lot to prove. I don’t hate the pick but it seems they could have made a move down to get one of the many talented forwards drafted in the mid to late lottery and picked up some assets as well. If Williams pans out then it’s a mute point but he’s got a lot to prove – and might not end up better than Deni or Obi or Okoro or a bunch of other dudes. In the second round they passed on some really talented college players to draft Serbian big Marko Simonovic. He could end up being a nice player but I thought there were about 20 guys who should have been drafted ahead of him. Time will tell. The Bulls did well to add Devon Dotson as an UDFA, so there’s that.

Celtics – The Celtics started the night in a great position with 3 first round picks. They ended the night with a decent haul of players but nowhere near what they could’ve got, had they packaged some picks to move up for an elite talent. Aaron Nesmith is a player but might have been a slight reach at no.14. Same can be said for Payton Pritchard at no.26. After trading no.30 for two future 2nd rounders, the C’s added Yam Madar in the 2nd, a nice pick as a pg to develop for a backup role. I’d like to give the front office the benefit of the doubt, given their drafting history, but this draft leaves a little to be desired.

Here are the full draft results with some instant analysis and draft grades.